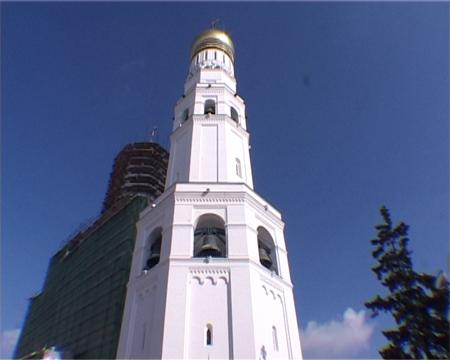 In 2005 it was decided to launch a project of restoration of the Ivan the Great Bell-Tower and of re-equipment of its interior halls for the museum purposes. The restored and renovated architectural monument was intended to house an exposition, dedicated to non-conserved existent constructions and unrealised projects in the territory of the Moscow Kremlin from the epoch of Ivan Kalita. It presents the preserved elements of the damaged monuments and their hypothesized reconstruction, performed and displayed on a basis of advanced multimedia technologies. The project is supervised by the firm "Restavrator-M"; restoration works are executed by OOO "Target-Tsel" restoration workshop.

Technical expertise and engineering investigations, which had been carried out before the restoring, revealed serious damages in the façade's facing and interior of the building, including surface deterioration of white-stone blocks and staircases, of metal cornices, of gilded cupola and the inscription on its drum.

Most part of the restoration and finishing works in the bell-tower have been completed by the year 2006. By this time the facades, white-stone staircases and interior decoration of all the floors, including the damaged architectural fragments, have been restored; the gilded cupola with cross and the inscription has been renovated. The replacement of some window openings and doorways by new units has been executed according to preserved historical fragments and similar pieces. The renewed floor of the ground and middle tiers was paved with brick tiles including authentic fragments which had remained in the bell-tower. 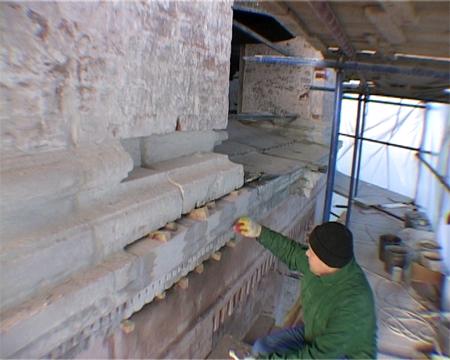 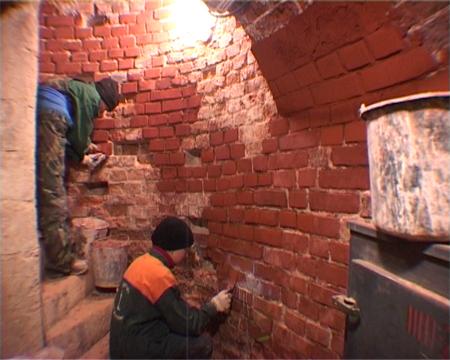 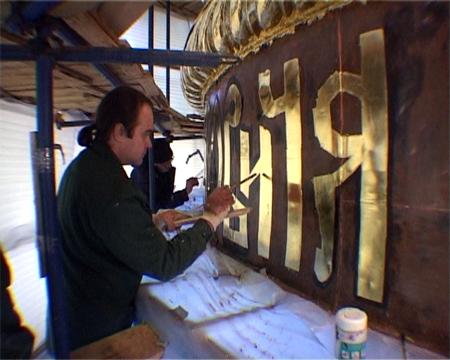 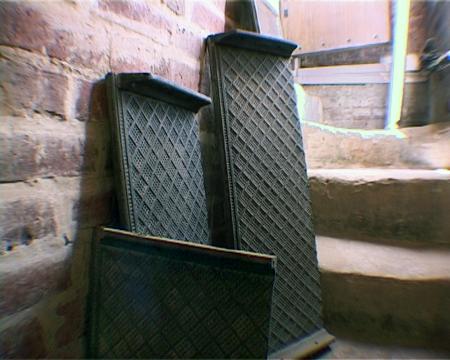 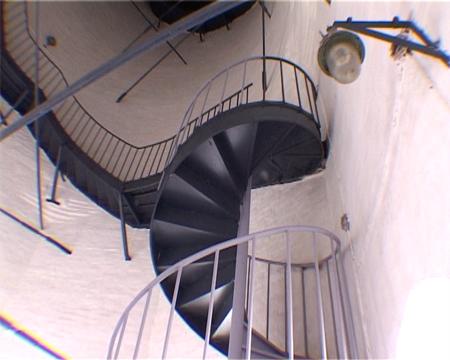 By the year 2007 the required engineering services have been successfully mounted to improve the service conditions of the monument's internal space. In 2008 the Bell-tower's interior was re-equipped for the purpose of placing the museum exposition there; it was furnished with special multimedia products.

Nowadays the exposition is finally opened. On the three floors of the bell-tower it presents the centuries-old history of development of the Moscow Kremlin architectural complex. Authentic architectural fragments from the constructions, lost in the mists of the past, are also on display. Here our visitors can see ancient views and plans of the Kremlin and its unrealized reconstruction as well as its unique architectural monuments projected on walls and vaults of the Bell-tower. The final stage of the exposition is remarkable for a grandiose bird's-eye view of the Kremlin revealed when standing in the upper gallery. 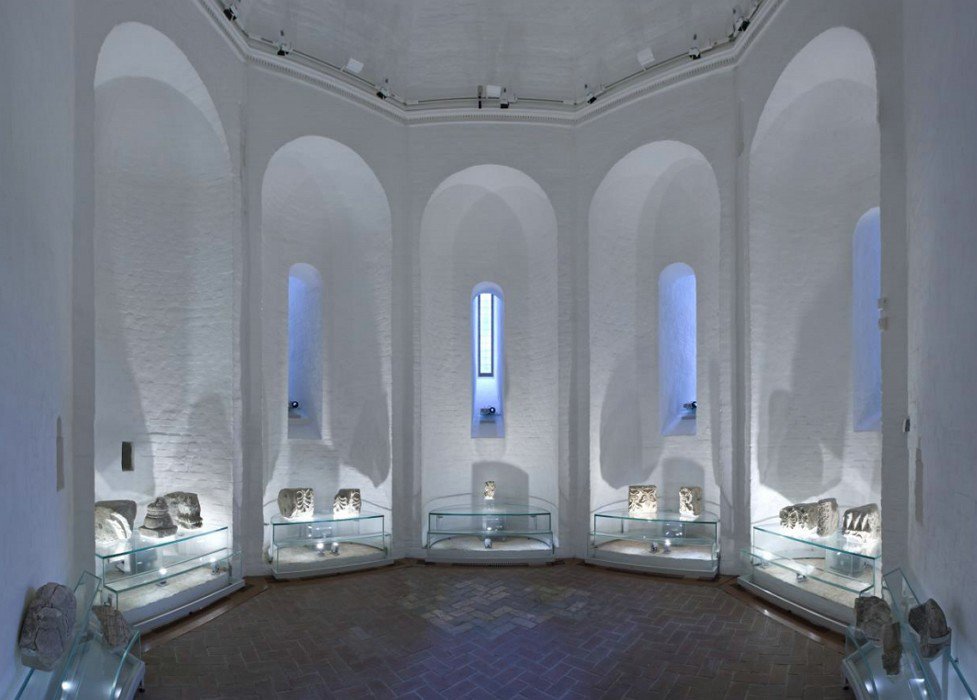 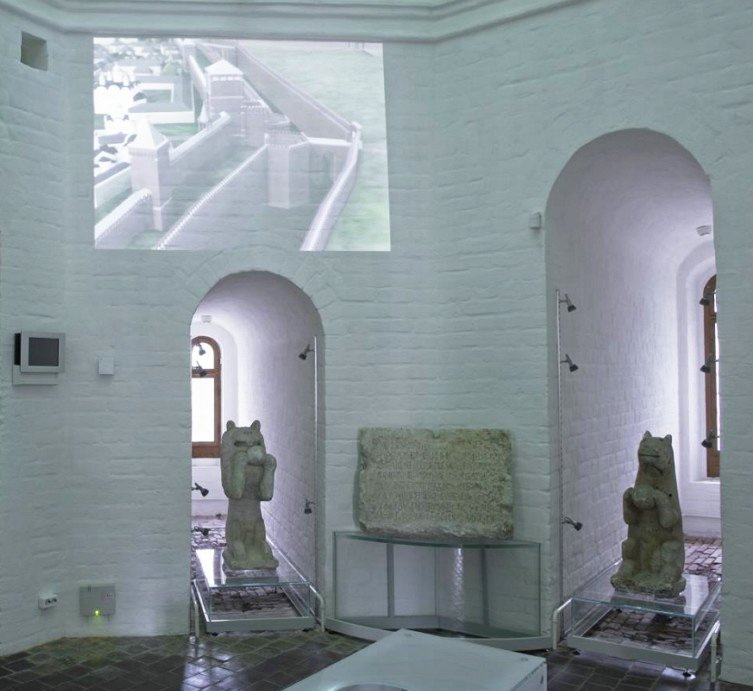 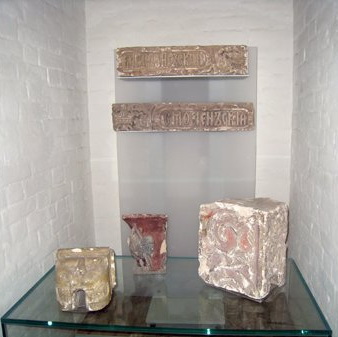 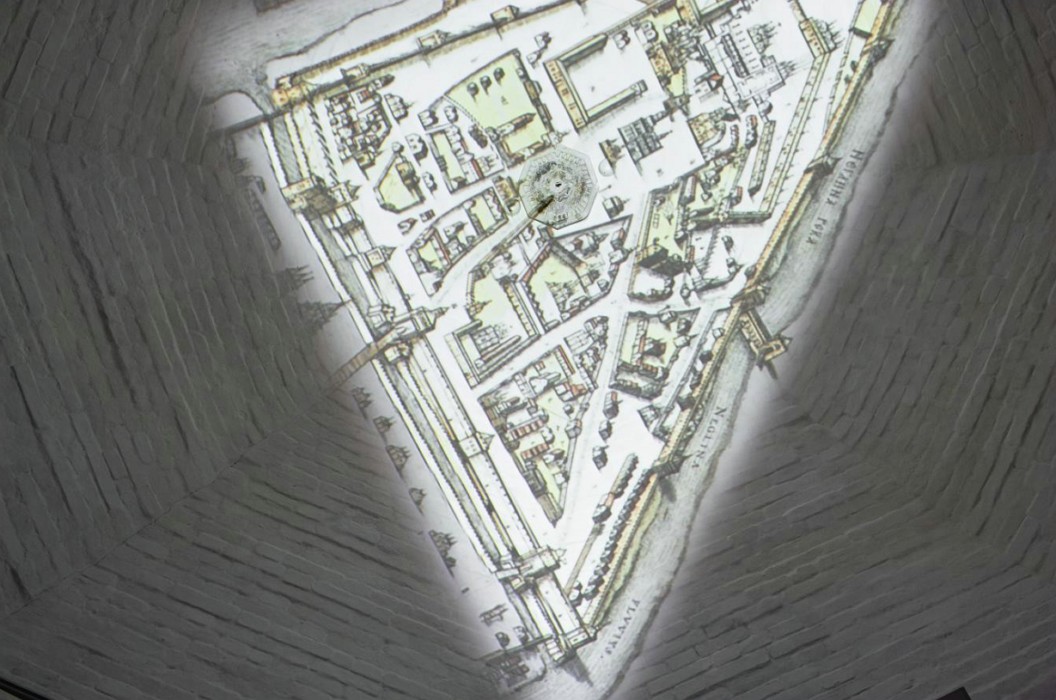 To learn more about the project please visit the website, dedicated to the Ivan the Great Bell-Tower's exposition.