the Assumption Belfry and One-Pillar Chamber of the Patriarch's Palace

Organized by:
the Moscow Kremlin Museums, art collections and museums of the city of Augsburg, Maximilian museum 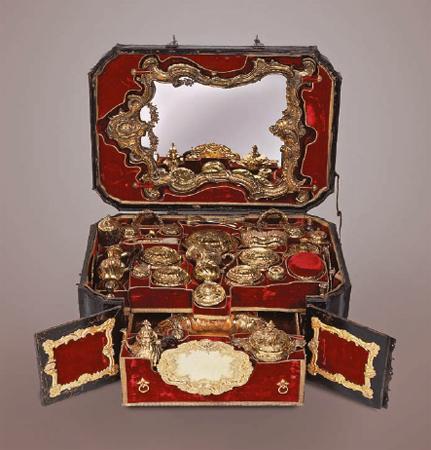 The Moscow Kremlin Museums put on an exhibition comprising outstanding articles from art collections and museums of the city of Augsburg. It reveals the role of this free Imperial city in the development of metal working. From the Renaissance period the city was one of the major European cultural centers, exerting influence on artistic life of many countries. More than 200 precious items are on display, including articles of decorative and applied arts, sculpture, painting and graphic arts.

The exposition begins with the highlight of the exhibition - three sculptured artworks from the Hercules Fountain executed in the XVIIth century by the renowned Northern Mannerist sculptor Adriaen de Vries. Themes of the reliefs reveal a history of the city development by the Romans in the XVth centuries, fame of Augsburg as a rich trading town, favoured by god of trade Mercury, and a special status of Augsburg as a free Imperial city being under the patronage of an Emperor.

One of the exhibition sections relates to the glorified Augsburg industry of goldsmithery. The collection includes goblets, cups and other pieces of precious tableware, of which the mid XVIIIth century travelling set of by several makers and christening set by remarkable silversmith Christopher Lanker are of particular attention. The other group of the tableware articles presents the art of painting on Meissen porcelain, developed by Augsburg makers. Several artworks belonged to noble patrician families of Augsburg are also on display, i.e. pieces of wedding dishes as well as items from decorated sets executed to the Renaissance epoch.

Exhibits of great interest are the Augsburg mechanical watches, remarkable for their mechanism and exterior decoration. In the period of Renaissance and Baroque these artworks were considered to be an essential part of any collection, including that of the King. The exposition presents several items differing in forms and functions.

About 1670 Joachim von Sandrart established the Academy of Arts in Augsburg, which contributed greatly to the development of painting and graphic arts. Works by Holzer and Gunther, the directors of the Academy, are on display at the exhibition.

As for the graphic arts they are presented by works of the Augsburg makers - the Kilians (Lucas and Wolfgang). The engravings depict the map of Augsburg and famous fountains, beautifying the city, and other remarkable sights.

Outstanding artworks, executed by the Augsburg makers, introduce the audience to art and culture of the city, which has preserved its magnificence through the centuries.