The Assumption Belfry of the Moscow Kremlin

Organized by:
FSI The State Historical and Cultural Museum-Preserve "The Moscow Kremlin" 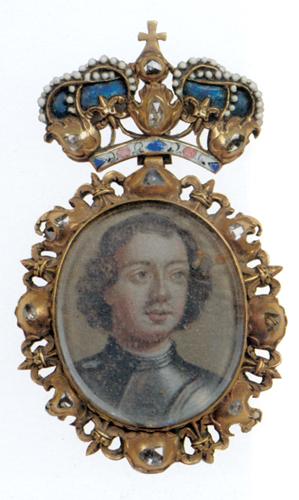 Exhibition in the Assumption Belfry of the Moscow Kremlin is dedicated to history of establishment and development of rewarding system of Russia from the 17th century till our days. Together with Moscow Kremlin Museums it is participated by the Administration of the President RF on state rewards, the State History Museum, the Kuskovo museum-estate and the Russian State Archive of ancient acts. The exhibition is timed to the day of Independence of Russia and for the first time it presents all the Russian orders.

The key of the display is collection of Capitulum of Russian orders acquired by the Armoury collection after the Revolution. The collection is unique as it presents both variety of Russian orders and order stamps, originals of statutes, decorated by the best artists of the time and signed by monarchs-institutors or monarchs, under whom statutes of orders were changed.

One of the central places at the exhibition belongs to “Imperial establishment of orders of cavalries of Russia”, published the day of Emperor Paul I's Coronation on April, 5th, 1797.

For the first time rewarding weapons of the Anne's time from the Capitulum and reliquiae of the Maltese order, such as the Maltese crown, Maltese cross, order signs of Emperor Paul I and the members of his family.

On display are the first Soviet orders, e.g. order of the Combat Red Banner, Lenin Order, Golden Cross of Hero of the Soviet Union, Order of Victory.

For the first time all the modern system of rewards of the Russian Federation is exhibited, including lately returned Orders of St. Andrew the First-Called and St. George.

The exhibition and the edition of the catalogue have become possible through generous support  AB Gasprombank Joint Stock Company.