The Chrism Chamber of the Patriarch’s Palace

Organized by:
The Federal State Agency for Culture and Cinematography, FSI "The State Historical and Cultural Museum-Preserve "The Moscow Kremlin", the Dresden State Art Collections. The Green Vault. With the assistance of The Pushkin State Museum of Fine Arts 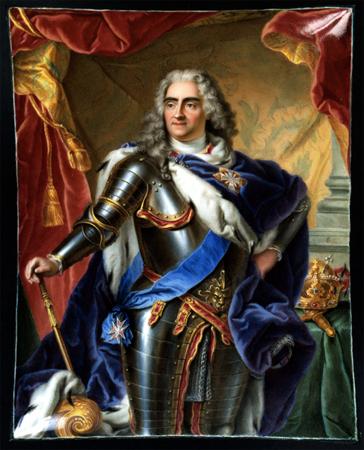 For the first time in Russia the exhibition "Treasury Cabinet of August the Strong. From the Green Vault collection, Dresden" represents the magnificent jewellery European jewellery collection of the Dresden Green Vault. In spite of capricious fashion, which has made some items be modified, this famous collection has preserved almost all the 11 representational jewellery garnitures till our time.

The treasury consisted of luxurious artwork, skilfully executed for sovereigns in precious and exotic raw materials. Small-sized cabinet's decorations, fancy knickknacks formed the basis of the collection and attracted particular attention of the audience. Because of their proportions and delicate design such precious items became beloved by the collectors. From the beginning of the Renaissance cabinets of curiosities came into fashion and served as the methods of positioning for rival princes.

The development of the Treasury Cabinet during 40 years was the major achievement of the collector August the Strong, who he had created conditions for successful work of distinguished goldsmiths in Dresden. Thanks to them, namely the brothers Johann Melchior Dinglinger, Georg Friedrich and Georg Christoph Dinglingers, Johann Heinrich Koehler, sculptors Paul Geerman and Balthasar Permoser, in short period of time Dresden turned into a centre of art of the late Baroque.

38 exhibits will be displayed in Kremlin, i.e. enamel portraits, cabinet decorations made of coloured stones and decorated with splendid cameos, 5 expressive figurines with baroque pearls and about 20 items from 7 jewellery garnitures. Among them the most noteworthy brilliant masterpieces from the collection of August the Strong are the Hat agraffe with the illustrious green diamond weighing 41 ct, called "the Dresden Green" and Epaulette with the white diamond weighing 50 ct, called "the Saxon white". Price of the green almond-shaped stone is equal or even more than the price of the construction of the Frauenkirche, the main Dresden cathedral.

Refined figurines made of gold, pearls, and decorated with enamels, reveal the jewellers' fantasy, their great flair for baroque unusual forms and compositions. The central item of the exhibition is the cabinet decoration with portrait-cameo of the Roman Emperor Augustus, purchased by August the Strong for 12 thousand thalers in 1722.

The exhibits will be returned to Germany and displayed in a rebuilt palace-residence, which is to be officially opened in September, 2006.