the One-Pillar Chamber of the Patriarch's Palace

Organized by:
the Moscow Kremlin Museums 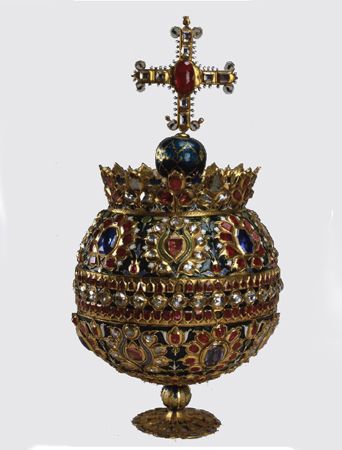 The Moscow Kremlin Museums present a unique exposition of artworks by craftsmen of the Ottoman Empire, called, for political reasons, the Sublime Porte as the place - "porte" (meaning gate) - where Turkish Sultans received foreign ambassadors and guests. It is based on the Kremlin collection of the Turkish artworks executed in the period of active diplomatic and trade relations between Russia and the Ottoman Empire - from the XVIth to XVIIth centuries. These historical relics are distinguished by their artistic excellence, indicating the craftsmanship of the makers at the Sultan's court. Many of them were produced in workshops of the Topkapi Palace in Istanbul, which has been the official and primary residence of the Ottoman Sultans for many centuries.

The exhibition, including ancient arms, luxurious horse trappings, jewellery, articles of precious stones, embroidered textiles, reveals the grandeur of the preserved Kremlin collection. Presented masterpieces of art were purchased specially for the Tsar's court or brought to Moscow as ambassadorial gifts. Most of the Turkish items are relics of the Turkish goldsmithery, which flourished in the XVIth-XVIIth centuries. They were widely used to embellish important official ceremonies and festivals of the Russian state during this period.

Of exceptional interest are articles commissioned from Istanbul craftsmen which became afterwards the part of Tsar's regalia - the orb and staff, as well as objects from the "Grand Attire", the main set of formal and ceremonial royal armaments. Objects crafted in gold and embellished with precious stones, or those made of semi-precious stones and inlaid with gold and gemstones were predominant among the goods brought from the Ottoman Empire.

Examples of Turkish defensive and military weaponry are remarkable for their extraordinarily fine decoration and the richness and variety of artistic ornament. In the XVIIth century Turkey was one of the major suppliers of weapons, for which there was a good market in Russia. These arms were mostly regarded as ornamental articles and used on rare occasions. The museum's ceremonial Turkish equestrian paraphernalia (i.e. saddles, stirrups, bridle and pectoral trappings, caparisons) serve as an evidence of special attitude to culture of horsemanship and horses, held in high esteem in the Eastern countries.

Turkish textiles popular for their large, bold decorative patterns and bright dyes usually arrived at the Moscow court in measured lengths. Russian makers transformed them into various items for general use. Among the products from the Ottoman Empire's main weaving centres were fabrics depicting crosses, cherubim and even detailed Eastern Orthodox subjects that were probably manufactured in the Imperial capital, Istanbul. Some of the articles, having related to Christian worship, were designated for the large Orthodox population of the Ottoman Empire, or for export to neighbouring Christian countries including Russia.

The artworks of the Sublime Porte of the XVIth-XVIIth centuries in the Moscow Kremlin Museums form a unique, historically amassed collection which display one of the most brilliant pages in the history of Turkish art.