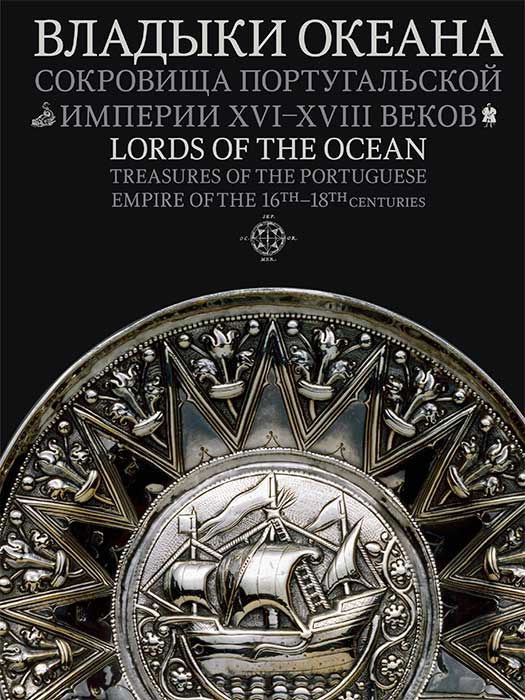 The catalogue accompanying the exhibition ‘Lords of the Ocean. Treasures of the Portuguese Empire of the 16th-18th centuries’ consists of two sections describing the features of history, culture and art of Portugal and its colonial possessions in Africa, Asia and America. The exhibits presented belong to the collections of the museums, archives, libraries and private collections from Lisbon, Sintra, Coimbra, London, Madrid, Moscow and Saint Petersburg. The pieces of art are arranged in thematic principle. The first section ‘Emergence of the Portuguese Maritime Empire’ introduces European, mainly Portuguese works created in the late 15th – mid-18th century, evidences of significant historical events reflecting the main developmental milestones of Portuguese culture. Another section ‘Encounter of Civilizations: Conquest, Mission, Dialogue of Cultures’ includes artifacts principally made in different colonies of the empire under the impact and in collaboration with Portuguese and all-European culture.