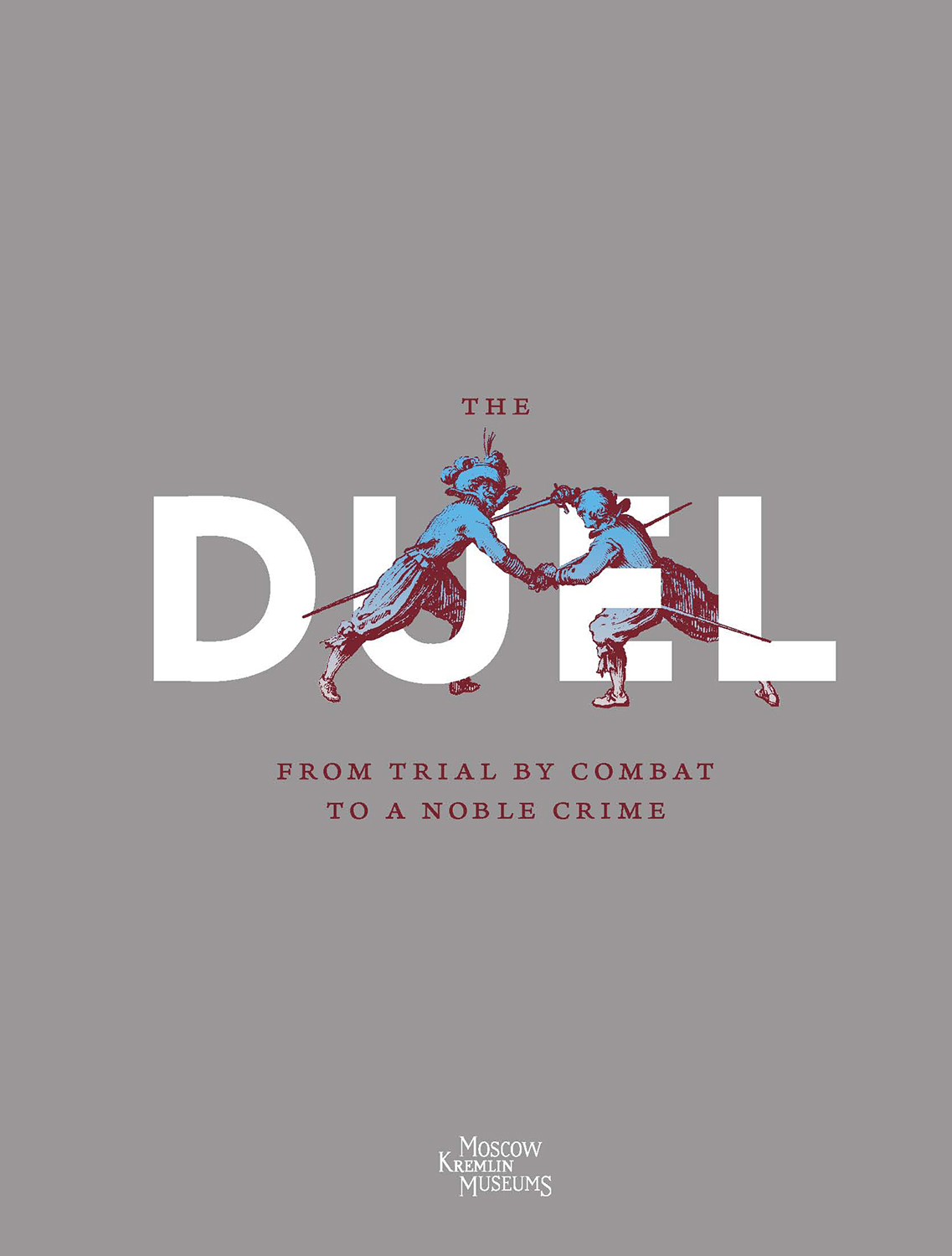 The edition is timed to the self-titled exhibition at the Moscow Kremlin Museums and dedicated to the history of duels in Europe between the 16th and 17th centuries. The duel is among those popular mythologised subjects that are constantly reproduced in various forms of mass culture. Nineteenth-century literature played a significant role in this process, having embedded duel in the collective memory of European society. The word ‘duel’ itself has become a denominative to refer to any kind of rivalry between two opponents. While the general public is well acquainted with the myth that duels were a sublime old custom, the true history of duelling often remains unknown even to professional historians, except for those who specialize in this subject. The catalogue introduces rare objects of the 16th and 17th centuries: armours and duelling arms, portraits of famous duellists, engravings and fencing treatises, paintings and works of decorative and applied art preserved in the collections of the famous museums and libraries in Russia, Austria, Great Britain, Spain and France. Many of them are first published. The book opens with two introductory articles: the one tells in-depth the history of the rise and heyday of duelling in early Modern Europe, while the other is about the judicial combat and chivalric duels in the late medieval Holy Roman Empire.

The catalogue comprises seven sections: ‘Judicium Dei and the Tradition of Chivalric Combat in France’; ‘The Duel of the Сrowned Knights’; ‘The Birth of the Duel. A Combat of Honour’; “Duel Fever” of the Late 16th and Early 17th Centuries’; ‘The Geometry of Death: The Art of Fencing in the 16th and 17th Centuries’; ‘Justice and the Duel in the 17th Century: The Case of Bouteville’; ‘The Sun King: Would-be Vanquisher of Duels’. In this book, the duel is represented as a complex historical and cultural phenomenon, the formation and development of which was linked to the changes that took place in European society in the 16th and 17th centuries. A large number of illustrations accompany the edition.